Added on March 17 at 6:50 PM:
Through noon EDT on March 18, if you donate $5 to the American Red Cross Japan Earthquake and Pacific Tsunami fund, Living Social will match your donation, which will double the impact of your contribution.Original post:
Last year, I was one of the organizers of the LiveJournal community Help_Haiti. Since then, fandomers have come together to raise money in support of the victims of disasters in Chile, Pakistan, New Zealand and now, of course, Japan.

Click the banner below to learn more about Help_Japan, including how to offer to write fics, make icons, put together fanmixes, picspams or fanvids, make sweets, create crafts and more - and find out how to bid on what others have offered. The auction is open until next week, and more items are being added every day. 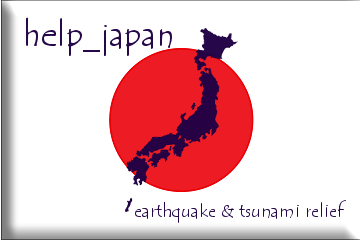 "Prepare for the Final Battle!"

Registered users can also enter a sweepstakes - the first sweepstakes is a chance to win tickets for two to attend the world premiere of Harry Potter and the Deathly Hallows - Part 2 in London this July. Some of Team FictionAlley will be there covering the event and we hope to see you there, too!

There will also be smaller prizes to win in other contests, too.

For more information about Harry Potter: The Quest visit www.HarryPotterTheQuest.com.
Posted by Heidi8 at 04:11

Last November, WB announced that they were planning to open something magical at Leavesden, the production home of the Harry Potter films for over ten years.

Today, they announced their plans - in the Spring of 2012, they will open Warner Bros. Studio Tour London – The Making of Harry Potter. As they announced, the walking tour experience will

give visitors the chance to go behind the scenes of the most successful film series of all time and witness the intricate detail that goes into a working set to see first hand what the camera doesn’t show.

Featuring the authentic sets, costumes, animatronics, props and effects used in the production of all eight Harry Potter movies, the tour will showcase the British artistry, technology and talent that went into bringing this beloved film series to life.

Among a series of never-before-seen exhibits on the three hour long tour, visitors will be able to walk onto some of the most memorable sets from all of the films in the Harry Potter series including the iconic Great Hall, Dumbledore’s office and many others to be announced at a later date.


Tickets will go on sale later this year and must be booked in advance via a dedicated website or through approved tour operators.

The Tour will give fans a new way to experience the magic of the Harry Potter films and possibly provide inspiration for creative fans of all types. We'll be there in the Spring of 2012, and hope you will be, too!
Posted by Heidi8 at 12:22