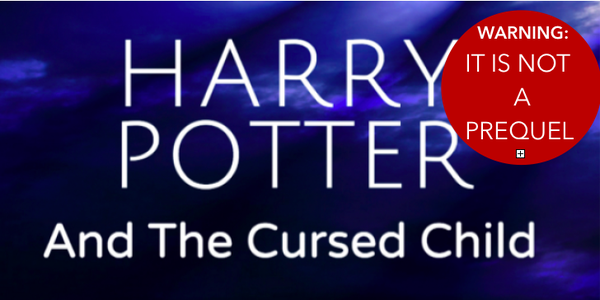 We were already thrilled beyond all imagining because of Fantastic Beasts & Where to Find Them, which will be in movie theaters around the world in November of 2016.

And then, JKR surprised and thrilled us with news of a stage play - Harry Potter & the Cursed Child which she notes is "not a prequel".

It'll be on stage in London at the Palace Theater next summer; we're definitely planning on going!

J.K. RowlingVerified account‏@jk_rowling
I'm also very excited to confirm today that a new play called Harry Potter and the #CursedChild will be opening in London next year.
Posted by Heidi8 at 15:09